Home > The Evolution Of The Great Barrier Reef

The evolution of the Great Barrier Reef

This model simulates the geomorphological development and surface bedload processes on the Great Barrier Reef margin from the previous lowstand (~30 ka) to present. Erodibility was calibrated using sediment fluxes reported in the literature. Subsidence is considered negligible during this time, and present-day precipitation rates are used to force the model. The above simulation shows how the margin evolves over the course of the Holocene marine transgression, where the shelf becomes inundated and coral reefs (shown in orange) begin accreting on their antecedent platforms. 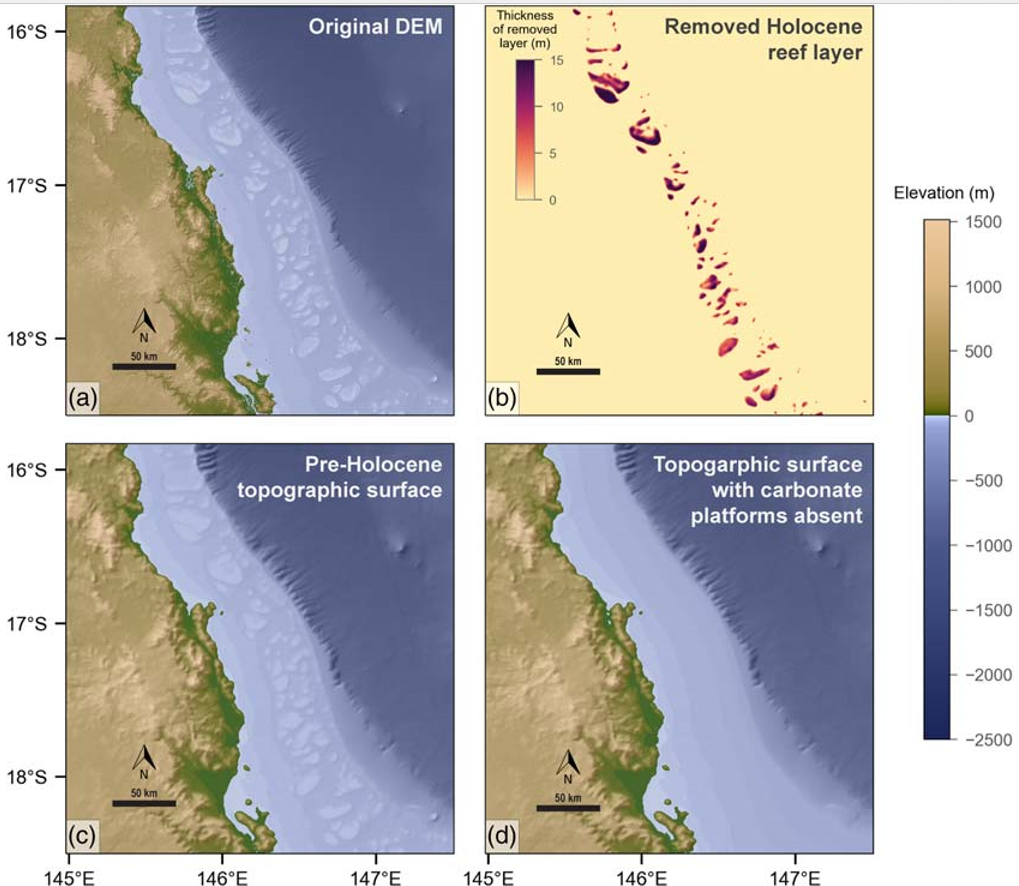 Bathymetry and topography were extracted from a digital elevation model (DEM) spanning the entire Great Barrier Reef margin (3DGBR). This surface was used to construct a “pre-Holocene” surface and a “no platforms” surface. For the “pre-Holocene” surface, Holocene carbonate accretion by reefs is “shaved off” the platforms using a simplifying assumption (15 m total vertical accretion during the Holocene, derived from sediment cores). For the “no platforms” surface, platforms were removed from bathymetry and the continental shelf was smoothed. Subsidence is assumed to be minimal over the course of the simulation.(a) Original DEM spanning the computational domain. (b) Thickness representing the most recent Holocene reef growth on platforms. This layer was removed from the original DEM to produce the pre‐Holocene surface depicted in the next panel. (c) Smoothed pre‐Holocene topographic surface. (d) Artiﬁcial surface with carbonate platforms removed entirely. 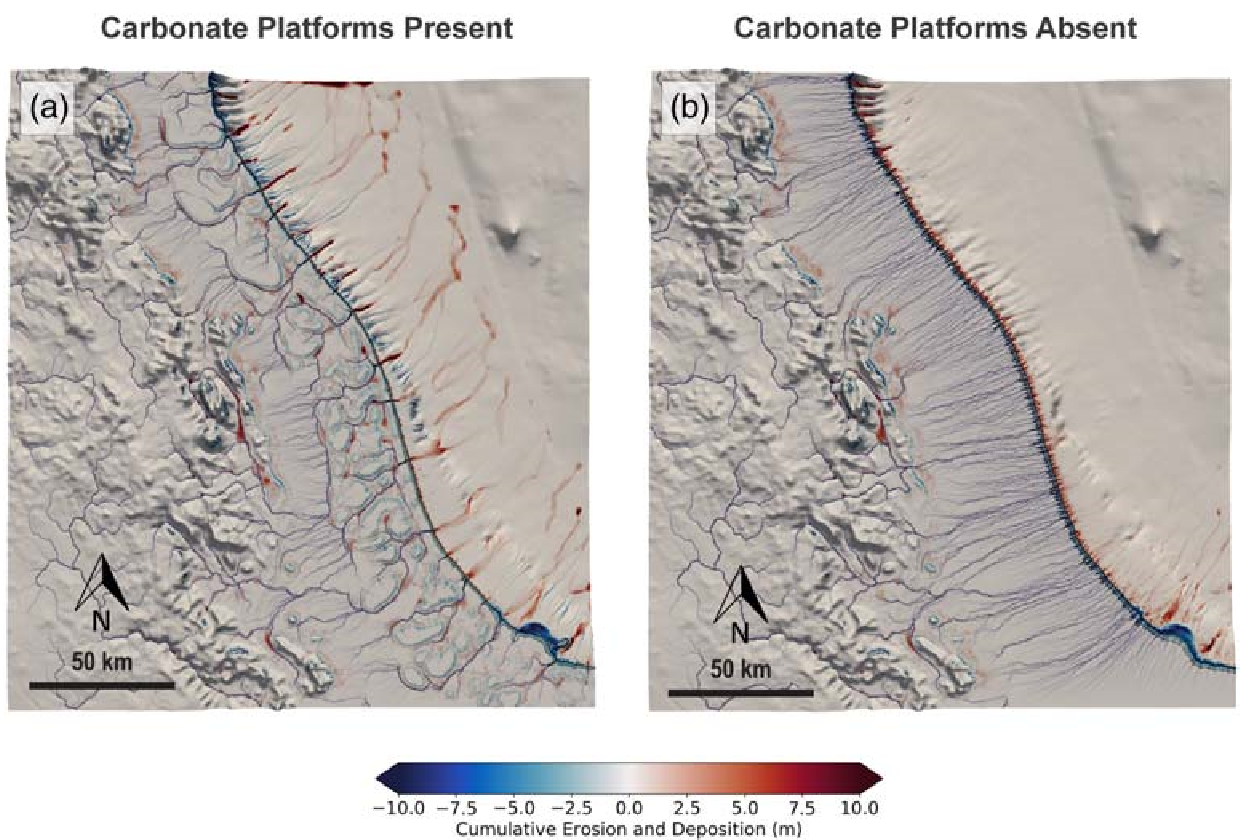 Simulation shows the different configurations of river networks simulated from 30-15 ka (during the last lowstand). When reef platforms are present, rivers are diverted around the platforms and deposit their sediments within inter-platform passages. When reef platforms are removed, sediments are diffusely deposited on the upper continental slope. Drainage network evolution from lowstand (30 ka) to the beginning of the transgression (15 ka) for simulations containing carbonate platform topography (a) and no carbonate platforms (b). Major rivers and streams computed in the model are shown in blue, where drainage patterns at 30, 25, 20, and 15 ka are overlain over cumulative erosion and deposition over this period. Red areas around the carbonate platforms indicate deposition of both platform and ﬂuvial sediments.