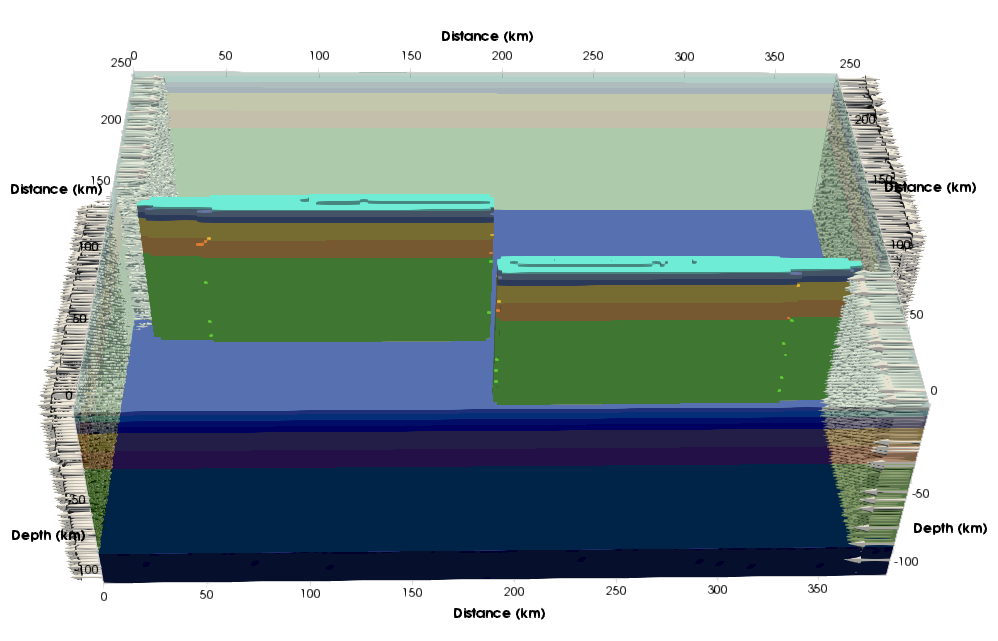 Pull apart is an ideal tectonic setting to test the coupling between tectonic processes and surface processes. In this setting, lithospheric thinning can be extreme and localized, leading to very deep basins and thick accumulation of sediments. We hypothesise that the redistribution of surface load from source-to-sink modulates the stress field in the upper crust where faults and fractures initiate and control the architecture of sedimentary basins. In this suite of experiments, we compare the same experiment with and without surface processes, and we consider a variety of scenario varying sea-level (-200m, -500m, -800m with respect to the position of the surface of the crust), and the rheology of the lithosphere. The dimension of the model is 384x256x128 km. It includes 8 km of air-like material, 40 km of crust (upper crust is in blue, lower crust in orange), 60 km of lithospheric mantle (green), and 20 km of asthenosphere (blue). Two vertical and parallel master faults are embedded into the lithosphere in the form of two pre-damaged prism with dimension 192x25x95 km, extending from 5 km below the surface of the crust down to base of the lithosphere. The damage inside these prisms follows a gaussian with peak damage in the center of the prism along the X and Y axes. These two faults are non-overlapping. Their walls and tips are separated by a gap of 48 km and 0 km respectively (see Figure above). A kinematic boundary condition designed to promote transcurrent tectonics is imposed on the two vertical walls normal to the X direction. The velocity component along X is ±1.92 cm/yr (see Figure), and we impose a velocity component along Z of 0.025 cm/yr to prevent rivers to fall off the grid. A free slip condition is attached to the base of the model and to the two vertical walls parallel to the direction of motion. A pseudo-isostatic boundary condition is imposed at the base of the model. Models are run for 10 myr. We have run this experiment using three numerical framework: Underworld 1.8, Underworld Geodynamics, and Badlands-Underworld Geodynamics. The Underworld 1.8 outputs were used to extract the velocity field close to the crust surface, and pass it into Badlands. The outcome of this "one way coupling" is presented in Luke Hardiman Honours thesis. 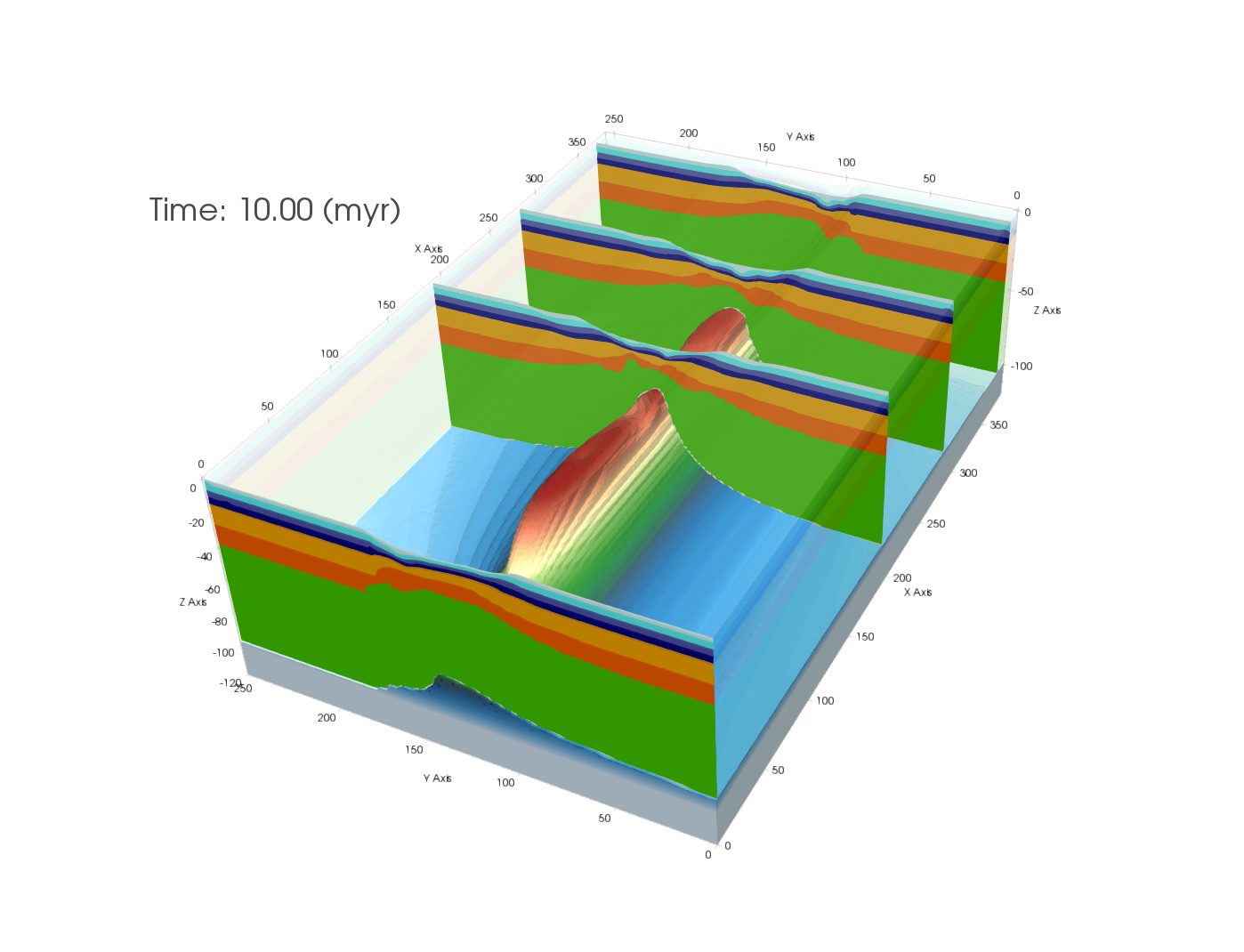